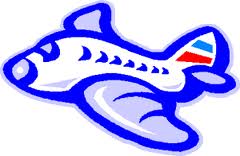 Six years ago we found out about a camp in Montana
(Camp Mak-A-Dream http://www.campdream.org/adult_retreats.html ) that was having a women's retreat just for ovarian cancer survivors.  It sounded like an incredible experience and we wanted our ovarian cancer support group members to be able to participate.

Flying from Boston MA to Montana is not cheap.  At the time, the round trip airfare was around $500 to $650 per person.  Without going into specifics about the financial status of our support group members, I will just say, there were several of our group members who could not afford this at all.

Some of our group members used frequent flier miles, so their airfare would be covered.  We applied for and received some grant funding to help supplement those who couldn't afford to pay part or all of the fee.  We received scholarships for several of our group members to cover the cost of the retreat itself.   We supplied some money for our group members from existing group funds.  After all of this wrangling and budgeting and dreaming, we still came up short.

I knew about some transportation organizations which helped transport cancer patients to treatment facilities for chemotherapy, radiation therapy or surgery.  But I had never heard of any group that might help us for something like this.  So, I called a few of the bigger organizations without any luck.

Late one night I wrote a letter describing our situation, and just started emailing commercial airlines, transportation groups and networks of pilots who transport patients.  If they couldn't help, I asked them if they could point me in the direction of someone who might be able to help us in anyway.

Here's what I learned that night.  The people who run these organizations are the nicest and most helpful people on the planet.  I instantly started receiving emails from pilots, dispatchers, anyone connected with air travel of patients.  "I only fly small aircraft and would be unable to fly your ladies from Boston to Montana, but try contacting this person" etc, etc, etc.   By the next morning I had received multiple emails with kindly suggestions of who to try next, or just offering up support and the promise to pass along my letter.  AMAZING, KIND AND GENEROUS SOULS....THANK YOU!!!

Then I received an email that I will NEVER forget.  I don't remember the words verbatim, but the gist of the email was this:  "we do not have the resources to fly your group members from Boston to Montana on our own aircraft, but we would be pleased to offer you 2 commercial airline flight tickets so that 2 members of your group who could not afford to attend, can now attend the retreat".  What???????? UNBELIEVABLE.  AMAZING. GENEROUS.  INCREDIBLE.

Guess what?  This organization followed through and purchased 2 commercial air tickets for 2 of our ladies to go to the retreat.  Between the combination of some group members' ability to pay some of their own way, grant money, our own funds and now the generosity of these strangers, we could now afford to go to our retreat as a group.

We went to the retreat.  It was "a life changing experience" for most in our group.  We met about 60 or 70 other ovarian cancer survivors from around the country.  The women in our group became even closer.  They met other women from around the country who would become lifelong friends.  They received professional support and counseling from an onsite social worker at the camp.  They got to see a part of the country they never had seen before.  One group member who received a donated ticket had never been on a plane before, and had never been out of Massachusetts.

So, on those days when you start to feel that there is no kindness or generosity left in the world, please remember the kindness of these strangers.

If you are considering making a donation to a worthy and honest organization, please remember Mercy Flight Indiana.

THANK YOU JIM AND KAY BUTLER AND MERCY FLIGHT INDIANA!!!  6 years later we remain SO grateful to you for your inordinate generosity and kindness!!!


To make a donation or to find out more about how you can help Mercy Flight:

The beautiful and restorative Camp Mak-A-Dream in Montana. 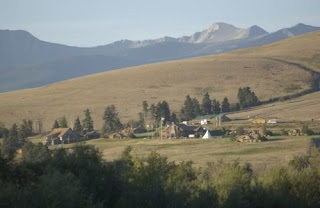 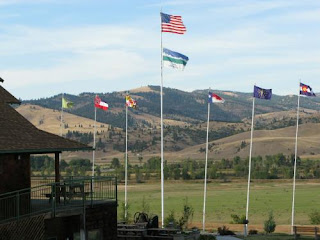 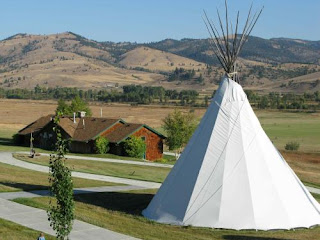