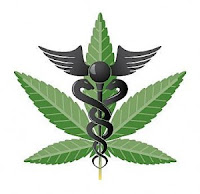 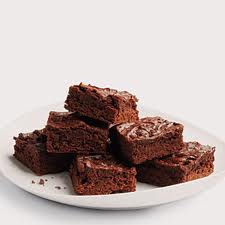 I live in a state where pot is not legal.  However "medical marijuana" is now legal in Maine, which is an hour away.  This posting is not to address the many arguments on whether or not pot should be legalized in the U.S.   This post is to merely address the use of marijuana by legitimate cancer patients.

One of the questions we invariably get from new patients is "Can I smoke pot?"  The second is that they have heard of a "pill form of marijuana" and can they get a prescription for that?   That "pill" is the FDA approved drug Marinol (you will also hear about Dronabinol which is the active ingredient in Marinol).  It is a synthetic version of THC which is the active ingredient of marijuana.  There is one other FDA approved Cannabinoid and that drug is called:  Cesamet.

Both of these drugs are FDA approved for the indication of cancer related nausea and vomiting that has not responded to other antiemetic (anti-nausea) drug regimens.  Bottom line:  most insurance companies will ask what other anti-nausea medications you have already tried before they will approve this.   Marinol is also approved for anorexia which is basically lack of appetite caused by disease or chemotherapy.

If you are a doctor or nurse, your job is to empathize with your patient and to not pass judgment on them.  If they are using any type of drug (other than the ones you are prescribing for them) you would rather they tell you about it than not tell you.  That is because the drug they are using may affect the action of the chemotherapy drugs.  Most drugs are metabolized in the liver and your doctor needs to know what herbs, supplements, drugs or alcohol you are using at the same time you are receiving chemo because it could alter the effectiveness of the chemo drugs they have prescribed.  I'll be posting something about herbs and supplements at a later date.

As health professionals,  if something is illegal, we are never going to come out and say to do it.  We are going to say something like, "while I am not endorsing it, if you are using it, we advise you to do this....".  I recently heard a doctor say it in a great way.  He said something to the effect of "if you are using marijuana, we would rather you not smoke it, as smoking it can cause a fungal infection in the lungs of an immunocompromised patient".   He repeated it twice.  What that patient heard was that he was going to have to make brownies instead of smoking it if he was going to continue to use it (and he was going to continue to use it).

I've had many patients who have used marijuana while we have treated them with chemo.  Many of them have either not had to take nausea and vomiting medications prescribed by us because the marijuana works well enough by itself.  Or, they have used it to supplement the drugs we give them for nausea.  Many of them say that it helps their anxiety, pain, appetite, nausea, vomiting, mood too.  This only makes sense.  If you ever "knew of anyone" in college who used pot, think back to those descriptions of the "hungry horrors" or ravenous food cravings that the pot users experienced.

My motto is basically "whatever gets you through the night, it's alright, alright" (thank you John Lennon).  If pot can help you get through some of the side effects of chemo when nothing else works, then that works for me. What most health professionals don't like about pot is the smoking aspect of it. Any cancer doctor or nurse is not going to like the smoking or inhalation aspect of it more than the "illegal" aspect of it.  This is because we have seen the effects of smoking.  We hate cigarettes more than anything.

Some patients have tried Anzemet, Zofran, Kytril, Compazine, Emend (several of our "high test" drugs that we give chemo patients to prevent nausea).  We love these drugs and they have revolutionized the way we give chemo now (compared to back in the 1970's) by enabling us to give highly "emetogenic" chemo regimens (some chemo drugs are more "barf inducing" than others).   While we love these drugs, we also recognize that some of them cost $50 per pill.  We also recognize that some of them can cause you to become very constipated which forces you to take yet another pill to combat this side effect.

This article discusses chemo regimens and their likelihood of making you feel nausea and vomiting:
http://theoncologist.alphamedpress.org/content/4/3/191.full#sec-4
Also make sure you check out Dr. Hesketh's algorithm in that article.  In it, he discusses that if you add another chemo to the mix from a certain group, that it increases the likelihood that the drug regimen will cause you to vomit.  As cancer doctors and nurses....we hate to hear that you have thrown up.  We will mix up your meds and try different regimens, all with the goal of  NO VOMITING!!!

Personally, I've only cared for a few patients on Marinol (the synthetic pill version of THC) and I didn't think it helped them all that much.  A nurse I work with though, really likes it for some of her patients.   So perhaps it works better with some patients, and some drug regimens more than others.

I will say that one of the greatest marketing strategies of any company that I have ever seen was from the makers of Marinol.  Years ago, the drug representative from the company that made Marinol, actually gave out small pans of brownies with the drug information in it.  OMG....this made me howl.  Genius!!!

Now....I will come back to two negatives for using marijuana while on chemo.  #1:  it really can cause a life threatening fungal infection in the lungs to develop.  Stem cell transplant patients and high dose chemo patients are especially susceptible to this when their white blood counts are low and they are considered immunocompromised.  The most concerning fungal infection it can cause:  Aspergillus or Aspergillosis.  Fungal infections are typically hard to treat.  Aspergillosis is really hard to treat.  It also can be tough to diagnose, depending on where you are being treated.   It can take weeks to months to treat with IV and oral anti-fungal agents.  Sometimes it can be fatal.

Another negative but true story....I had a patient on an experimental chemo drug that has a known side effect of weakening of the heart muscle.  We knew that she smoked pot, as she admitted that during her treatment.  When she started the new chemo that was known to affect the heart, she went for a cardiac echo to evaluate her heart function before she started and then 2 cycles after she started.

Well, one day she came in to the clinic "a little stoned".   The resident requested that the patient submit to a drug test.  She did as she knew that we all knew about her marijuana use.   Her urine tested positively for cocaine.  A cardiac echo a short time after that showed a HUGE decrease in her cardiac function in just 2 months.  It was attributed to the chemo drug AND the cocaine use.   We had to take her off the experimental chemo drug.  The sad thing was this experimental chemo drug was working like gangbusters on her tumors.

Most of you are probably thinking....well she shouldn't have used cocaine.  Here's the thing:  she swore up and down that she did not use cocaine, just pot.  Honestly, I believe her because she had always been so forthcoming with us about her marijuana use.  I found out later that the person who sold her the stash of pot had "laced" the pot with cocaine.  If she had purchased her pot at an "approved" place in one of the states that allows medical marijuana, she might have been able to continue on her experimental chemo and maybe her outcome would have been a lot brighter than it turned out to be.


The author of this book once gave the keynote speech at the Oncology Nursing Society's National Congress Meeting.  He was very humorous.  I remember thinking the book was okay, not great, but it definitely dealt with the issue of medical marijuana.  He was college aged and living at home when he developed Hodgkin's Lymphoma.  His mother was anti-drug, but later ended up growing a marijuana plant in her garden to help her son get through some of the side effects of chemo.  A mother's love!!